The Value of Problem People

At the opening of the animated film "Wreck-It Ralph," the villains of various video games sit on or float above folding chairs and come to terms with the anti-hero status imposed upon them. The mantra of Bad-Anon is "I'm bad and that's good. I will never be good and that's not bad. There's no one I'd rather be than me." As Ralph will discover, bad guys have a vital role to play in shaping their virtual worlds. 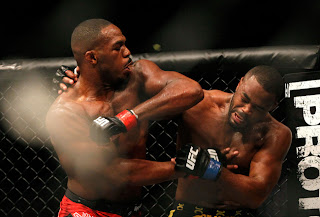 In "I Am Bruce Lee," Jon Jones, a UFC world champion, muses on the meaning of Lee's famous fighting philosophy of "honestly expressing yourself." Gentle and soft-spoken, Jones says, almost apologetically, "I actually feel as if I'm helping people as I'm punching them in the face. I'm beating weakness out of them. I'm making them a better person." The camera cuts to Jones's elbow, then his knee, in an opponent's face.

"It is quite perplexing," writes Nassim Nicholas Taleb in "Antifragile: Things That Gain From Disorder," that those from whom we have benefited the most aren't those who have tried to help us (say with "advice") but rather those who have actively tried--but eventually failed--to harm us."