- July 08, 2014
Extended bolus, square waves, IOB... today's pump class was a vocabulary lesson, somewhat of a review and yet revelatory, too, as we've been with pump for just over a month. Life with the t:slim is comfortable enough for Theo to program in a meal with one hand--the other holding down the page of a book he's caught up in--and yet breathtakingly stunning on a regular basis, like the saturated red of a sunset on Lake Michigan. The decimal points astound me daily; the pump, unlike injections, can deliver .0X units of insulin. Previously, meals needed to be rounded up with a goldfish cracker, say, or half an ounce of milk, to meet the insulin pen's half to whole unit requirements, along with scores of mathematical equations. Now, no longer: whatever Theo will eat, the pump will count up, divide and deliver. At any time. And whatever amount he needs to bring down a high, the pump will give, when we ask it to. Like this morning, when I was determined to sleep in: I armed Simon with granola bars, measurements for milk, and permission to approve the pump's calculation to bring down a 172. At 9am, this had fully kicked in, and I, rested for once, could begin breakfast. (In the past, I would have had to get up at the first sign of a low or a high.) 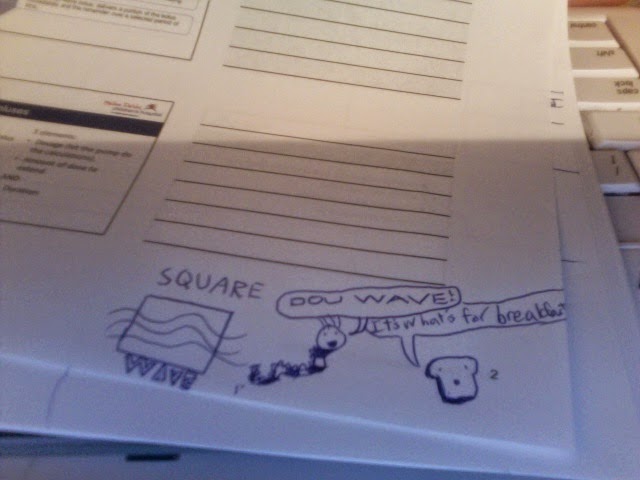 Thank you, Jesus, for the pump.

Our pump class today on advanced features was attended by pump users with varying experiences, from our five weeks to one young man's eight years. A woman attended with her daughter; both have type 1. The room was full of beeping people, I noticed at one point--we're used to regular messages from our little machine, and now here were apparatuses everywhere, making themselves known. The woman and her daughter tested their blood glucose levels as a team. We followed the powerpoint and asked questions. The teacher is a diabetes educator I feel an intimacy with, as she has coached me through complex questions and hard times. She is just the right balance of dry and caring that I need; she's my favorite.

The teen girl behind us was the most talkative, ending most of her serious inquiries with a nervous giggle. Good for her, though, that she's thinking through the effects of her soccer practice, fighting ketones, seeing the trends. At one point when I was writing a note, Theo had raised a hand, and the educator called on him by name without fanfare, though he was the only kid to make his presence known.

"Is it okay to sleep on the infusion site, and the pump?" he asked. God, what a great question, and one that only he knew to ask. She answered affirmatively, noting that kinks could occur, but would make themselves known.

As the class wrapped up, the class became comfortable with speaking up in a way they hadn't before.

The teen girl asked a question.

"Um, yeah, I was wondering? I watch Survivor kind of shows, and I was wondering, like, would I even survive something like that? I mean, it would be really cool, but I would probably, like, die, right?!?!"

Some laughed along with her; to me, the room started spinning. Was this how Theo would be introduced to what the school labels as his disability? That "without the mediating factor of insulin," he would die? it's what gets us special attention at school, but the wording in our 504 plan offers no subtlety.

"Probably you'd only last a short while on a protein-based diet," the educator said, kindly.

"I could scrounge for some berries!" the girl giggled.

Theo looked down. I know this look. He's processing something big, and he doesn't want to talk about it. I didn't ask. Rather, I opened the door in the car: "Any questions?" We marveled at the parallel universe feel of being in a room full of diabetics. It's a bit disconcerting, though I can't exactly figure out why. We drove away and to the grocery store, where they offer free cookies at the bakery counter. 21g, we guessed; Theo entered the numbers, and took a bite.