What To Say When The Time Comes

Second time, I'm in a dress. Or rather a short, flowing brown skirt, avocado blouse strung through with muscled, veined arms swinging.

I beat my chest. I actually beat my chest, but with just the one fist. The left one, nearest my heart and making my point.

Is this what they'll remember?

In a year filled with funerals of loved ones, I get to wondering what my kids would say about me if given the opportunity to summarize. Would the above stories of my confronting neighborhood sins be told, and would they appear in or out of context? As in, "My mom was crazy enough to stop a drug deal barefoot, and ended up holding hands with the perpetrator and crying?" Or, simply, "My mom was crazy"?

Kids, let me help you out here. (Greg, I'm trusting you to report on your package deal with accuracy.)

Children. I have encouraged your creativity, no? And not in the ways the parenting books suggest. Yes, I keep the house stocked with paper, pens and tape. I have allowed you to leave large cardboard creations throughout our living quarters. But I have also fed you New Yorker cartoons. I cultivate those wicked strains of humor running through you two to the point where you, Simon, figured I was playing a joke when I walked around Dad's work party with toilet paper hanging from my pants. You were sure I was being funny, so you didn't tell me. Hint: I am funny. But next time, please: Tell me.

And I have tried to turn you into respectable human beings. You've sat sandwiched between convicted murderers at Applebees, friends all, and I questioned this decision only when the steak knives came out. Also, as you know, each year of your schooling I have offered a child on the playground money to make fun of you if your zippers were down. He never had to, which was the point entirely.

And did I ever just say, "Take a shower"? No. I handed you deodorant and announced, "How To Win Friends and Influence People." There's a difference. Speak to that.

And maybe there won't be time, but please acknowledge that you confused me with a hunchbacked, muscled creature carrying an ax, as featured on the cover of one of your scary books. You said, "That looks like you, Mom, except for the ax."

Don't talk about this, but I don't have people over often enough. Which is probably why, when Simon was asked on a teen health questionnaire if he had friends, he said, "Pfffft." This is my fault. The introverted genes come from both your father and I, but I could do better at this.

And Theo, I don't need to remind you how I suffered on those field trips. I accepted the migraines and the kicks to the back of the seat as a way to show my love for you. Also, I complained a lot.

That's good for now. There will be more to say soon enough.

Some of it, though, you may want to keep to yourselves. 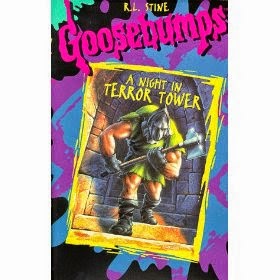