Warning: You May Die

"Let me ask you something," the man on the stool said. "You understand that putting a drill bit through your hand would really suck, right?"

The boy giggled and nodded affirmatively.

"I trust you to know things like that," he said, running a hand through his salt and pepper mohawk. "I know you're smart. I'm going to train you on other important things you need to know, but other than that, I'm just here to make sure you don't die. My main job as president of this company is to make sure people don't die."

He swiveled around to face the rest of us. The seat looked like a shiny red bottle cap. "Any more questions?"

We had just completed a tour of the Geek Group, a Grand Rapids maker space with rooms full of wires, bolts, volts, and giant robots. There is a vehicle hoist for changing your oil, and a tesla coil. There's a machine shop, a woodworking shop, an electronics lab, and a high voltage lab. If you're a member, you can use any or all of this, even if you're 5, with some restrictions. The energy of the place, and of their skinny president, conducted through our group at lightning speed; by the end of the tour, even the non-science-minded among us wanted to try a hand at a 3D bust of Carl Sagan.

Math is hard.
So is life.
Get over it.

The unassuming trailhead, with swings for kids and people at picnics, revealed nothing of the difficulty ahead. I had found the mountain biking trail on a forum and marked it down as good for me, a beginner. A gorgeous start, with a wide path through the green woods, led me to believe I'd be on a beautiful ride with moments here and there of challenge and risk. Almost immediately, I met up with one of these: a slope down to a narrow wooden bridge, a wall of dirt to the right, and a steep dropoff to the left. Directly after that, a climb. I looked--metaphorically, peripherally--for a sign. Where's the warning? My bike had been a gift, and I had hopped on not understanding that trails could be both manageable and dangerous at the same time. Surely I wasn't the only one silly enough to miss the mountain in mountain biking. They needed a sign here, something for people like me, surely.

The trail would ease up at times into moments of glory: riding through eight-foot corn, no view beyond the nose of your bike and a narrow keyhole sighting of what was ahead. The corn suddenly opened to a view of rolling hills below, and because the path was relatively flat, you could look around as you went, a treat. For that is the beauty and terror of mountain biking: there is nothing but what is in front of you. Look to the side, compose a facebook update in your head, you'll probably go down.

I was sure I had passed through the worst of it. The corn was a break I had earned; the trail gods had built in this restful, meditative patch as my reward. There was no reason to believe any of this, and I was proven wrong. Once again, the shift from carefree to panicked was sudden; but though the treacherous patches were no longer a surprise, they ceased to appear manageable. This view, like the others, had no basis in reality, but fear had seized me, the tired amateur, and I stopped. A narrow swerve to the right needs to swing quickly back to the left, pop over large, embedded stones, climb an ascent. I sat off path and stared at this S in the road. I would dream about it that night. And yet there was no warning, not there.

About three miles in I saw it. A paper sign covered in a sheet protector, with colorful, plentiful fonts, push-pinned to a tree. I got closer and realized it was not a warning for me. 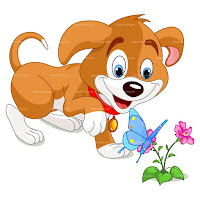 When the path finally opened up and the parking lot was in view, I crossed what appeared to be the finish line and saw some signs that weren't readable from my direction. I circled my bike back around for the message. 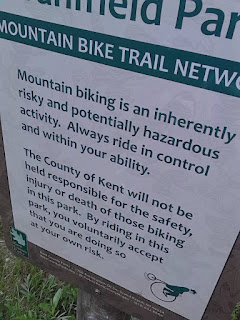 You would see this sign only if you made it, which I did.

"You can't learn this in school," the man said, tilting the microphone stand. "You need to do it in the joint. In the grease. In the greasy joint."

He gestured toward the young man with a saxophone, and the tall lanky kid standing behind the bass.

"They know what I'm saying. You get up here, you try, you mess up. It's okay. You come back next week and do it again. This right here is your classroom of jazz."

The young people who sit in on his second set each Sunday night are new to the twists and turns of jazz. No music is passed around; these musicians step onto the stage of the SpeakEZ Lounge and off a cliff. The genre is forgiving of amateurs, and yet those with a real spark can shine. The others, whose enthusiasm outweighed their talents this night, grew larger in front of us, as they soared without fear through the shadows of the room.