Showing posts from June, 2012
Show all

How I Ruined My Children's Summer Vacation

- June 28, 2012
Summer is happy time, fun time, bubbles and sprinkler time. In my house, it's also Read About Starving Children In Somalia time. One bright and sunny morning, I had been reading a newspaper article about Somalia and was absolutely shattered by the accompanying photo of a two-year-old boy. He was weeping and writhing on the ground, simply finished with being hungry. He had been standing up, in a food line with his mother, until he couldn't take it anymore. I carried it to the table where my children were reading over breakfast and said, "I'm going to ruin your day." I told them about Somalia's problems and showed them the picture. We talked about how important it is to know that these terrible situations exist in the world, and to figure out what we can do about them. A short time later I noticed Theo kneeling on the floor and sort of dangling over the seat of his chair. I checked that he wasn't having a diabetic reaction, then let him be. Only late
3 comments
Read more 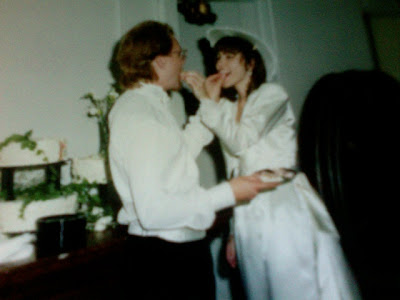 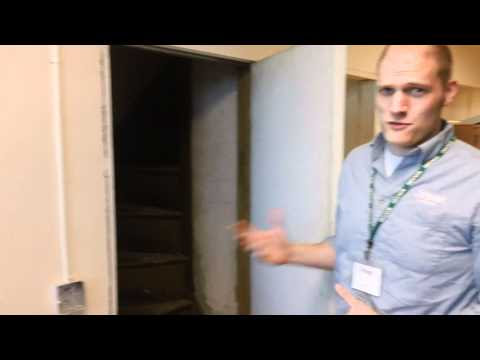 Many of you have followed my work in a local homeless shelter through this blog (see "theatre with the homeless" and "homeless shelter" labels off to the right). In describing the theatre, though, I might not have given a full picture of the place. Degage Ministries, here in Grand Rapids, Michigan, is unique in its approach to serving the homeless. Stop in the dining room, for example, and note that food is not simply handed out: It costs money. Not too much money, but something, and the point is to preserve the dignity of those who eat there. I had the privilege of meeting recently with executive director Marge Palmerlee, who caught me up on the latest developments in the shelter. Over coffee at Panera, she explained that the numbers at the overnight shelter have increased dramatically; we cried together as she described a day in winter when she handed out the number 31 to a woman, who knew only 30 were allowed inside. Pure fear froze her where she stood. But t
3 comments
Read more

My Heart Will Not Sit Down

- June 19, 2012
"In 1931, the city of New York received a gift of $3.77 to feed the hungry. It came from the African country of Cameroon." So begins the author's note for the children's book My Heart Will Not Sit Down , written by Mara Rockliff and illustrated by Ann Tanksley. An American missionary, most likely, had told the Africans about his country's great depression. The donation ultimately would not help much, but to those who sent it, $3.77 was a small fortune. D espite their own hardships, the villagers of Cameroon, touched deeply, gathered what they could and sent it on. My heart will not sit down. What a marvelous phrase. At the BuildaBridge Institute for Arts In Transformation last week, mealtime with fellow faculty members naturally saw conversations turning toward the reason we had all gathered: helping others.   Kathryn Pannepacker , a brilliant textile artist whose weavings and murals brighten pockets of Philly everywhere you turn, mentioned tha
1 comment
Read more 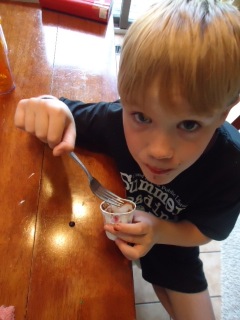 D-Mom Amy is away, so Greg (Dad-D) is taking the liberty of guest posting. Today was Theo's last day of school, and he wanted something special for dessert. Fair enough. He explained in great detail his recipe for "Dixie Cup Combos." (The detail mostly centered on whether the chocolate syrup should go on the bottom or top of the marshmallow.) And now, dear readers, I share it with you: INGREDIENTS: 1 Marshmallow (5.5 carbs) 1 TB Chocolate syrup (10 carbs) 6 Chocolate chips (2 carbs) 1 Dixie Cup (0 carbs) DIRECTIONS: 1. Put marshmallow dixie cup. 2. Pour chocolate syrup on top of marshmallow. 3. Place chocolate chips on top. 4. Eat. 5. Wash face. That, my friends, is one insulin unit of pure joy.
5 comments
Read more

- June 04, 2012
I'm off to Philadelphia in a couple of days to teach Transformational Drama at the BuildABridge Institute. BuildABridge does great work through the arts in the "tough places of the world," as they so eloquently explain their hard-earned success. Open publication - Free publishing
Post a Comment
Read more
More posts