Showing posts from September, 2010
Show all

- September 30, 2010
Susan called it a midlife crisis; Robert just calls it life . My friend Susan Matheson was the first in West Michigan to donate a kidney to a stranger. Typically, donors are family members of those who need a transplant, but Susan didn't know Robert, and wouldn't unless he wanted to meet. He did. Here's the video of this ultimate act of philanthropy: giving life.
2 comments
Read more

Something in the Air 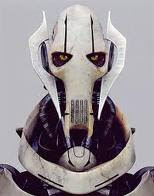 Emma likes Nick. So says my son Simon, age 10, who sees the two together on the playground every recess. When the group plays Star Wars, Nick is General Grievous, and Emma is General Grievous's wife, a character not previously included in George Lucas's world. Hmmm. Simon's right. If that's not love, I don't know what is. Funny how people attract each other. Maybe you're more yourself, or too much of yourself, with a certain someone; all sorts of dynamics jump around depending on who's in the room. I had a meeting at my kids' school the other day regarding our diabetes management plan. A rompin', stompin' shout-out, it was; the other party brought out the fighter in me, and I pushed back on certain policies as politely, firmly, and loudly as I could. When the meeting finished, the ref called a tie and we bumped gloves amicably, yet there was a sense that Match No. 2 was right around the corner. I walked out of the conference room and disc
Post a Comment
Read more

Where Do You Stand

- September 22, 2010
Think of someone you admire , I said to the men at the shelter, and walk silently around the room as that person. Don't mimic or imitate; find new ways to hold your body and become someone else. In my line of theatre , this becoming is essential to personal awareness and empathy for others. And let me tell you: seeing a homeless man walk like President Obama makes you stop and think. Tall Tom stood taller. He held his shoulders back, his head high. Look in his face and you'd see a fortitude not there a half hour before when he stood on the sidewalk to wait for breakfast. Each time I led a similar exercise in the shelter, I came away thinking I'd found the key to personal evolution. Something so simple as good posture can build a person's self-confidence, which surely could help them begin the ascent out of life on the streets. But later, while watching the hoopla preceding the finale of LOST , I noticed something. The characters of LOST are stranded on an island
1 comment
Read more

I'm teaching at an Applied Theatre Conference in Greenville, SC, in March. Be there!
Post a Comment
Read more 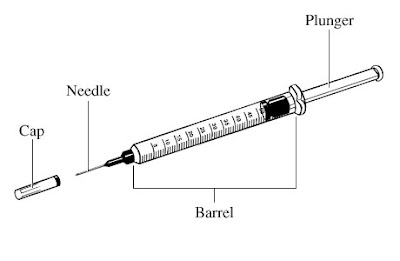 I'm working on a chart. The secretaries at Theo's school need a reference page to go by when they check his blood sugar levels. So yes, when he's 80 or over, go ahead with the lunch insulin. But wait! 78 is close to 80. Maybe I should back that 80 down to 78. Better yet, have a separate line for what to do at 75-80, and 70 to 80 with symptoms, and 70 and above without. With type 1 diabetes, the numbers really do make a difference. Theo's target blood sugar at this age is 80 to 180, and we'll do everything we can to keep him in that range. We've been given insulin dose ratios as well as education on how and when to adjust them. For example, Theo gets 1 unit of insulin for every 24 grams of carbs he plans to consume. Some parents plan their meals down to the gram, whereas we've been figuring out what he'll eat and rounding up or down according to facts, circumstances, and gut intuition. Numbers are everything. I've been feeling a bit guilty lately
4 comments
Read more

- September 14, 2010
January 25, 2010. The sidewalk on the hill that hugs the shelter is slick, and no one is answering the intercom to buzz me in. I give up, link arms with Catherine, and penguin walk toward the front entrance. Catherine is a large, unstable woman who is often suspended from using the shelter's services; some of the women say she brings bad spirits into the place. We're finally allowed in, and I note that the offices of the director and other staff are suddenly empty. I'll learn later that a drug raid wiped out all but one of the staff, including a woman who covered for those who went back to their old ways, but for now, all I know is that I'm in trouble. When the teacher's gone the students act up, and today, I'm the sub. The women's spirits are down. I can plainly see that no one is up for participating in my theatre class. I begin with stretches and call it exercise, which relaxes them a little, even the ones shooting me looks of death. They're easing u
Post a Comment
Read more

- September 10, 2010
In a single essay, I mention Martin Luther King, Mother Theresa, Batman, and the size of my chest. Check it out at Burnside Writers Collective .
Post a Comment
Read more

Who Are You and Where Did You Come From

- September 08, 2010
Come to think of it, yes we did send our kids to school first day with talk of Hitler. The scene was Rockwellian at its onset: I’m sitting on the couch with an arm around each boy, Greg is attentively angled in our direction from the reclining chair. We’re bantering around topics appropriate to the start of school, and in this spirit I mention I never was into history until later, as an adult. “You have to make a personal connection,” says Greg, directing this fatherly advice at his sons. “Like the time you studied Germany, Simon—you knew that you’re German from my side, so you took an interest in it.” I scoff. “Yes, and he can also make note that he’s of direct lineage from Hitler.” Greg retorted: “One word, Woman: Mussolini.” The kids chimed in: “Is it time for the bus yet? Dropping the ancestral attacks but keeping with the theme, I mentioned an illustration used by Peter Rollins the week before at Mars Hill. He said that sometime in the 1930s a prof
1 comment
Read more
More posts