Showing posts from December, 2015
Show all

The ABCs of My YMCA 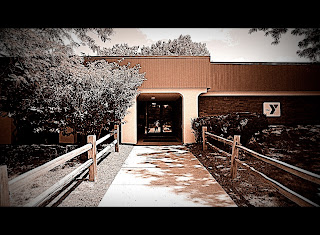 Maybe not all the letters, but more than the mere four the Village People cover. Here's an homage to some people and moments of a building that's about to go away. A is for a happenstance, a coincidence, a collision of stars.  "I want to join the Y!" I told my husband eight years ago. "Why?" he asked. "I don't know, but I do." B is for Bob. Bob has been lending me books for years now. He knows what I like and which BBC series will hook me. Here is what I know about Bob: 1. His name is Bob. Bob Doe lets me keep his stuff for weeks, months, doesn't worry. When I wrote a book, Bob was one of only a handful of people I lent it to, and certainly the only person whom I wouldn't actually be able to track down. I didn't see him for a long spell after that, and when I did, he was smiling. He had since bought six books and given them out to friends. This made me feel good, because here's the other thing I know about Bob:
1 comment
Read more
More posts