Showing posts from April, 2017
Show all

He is not here 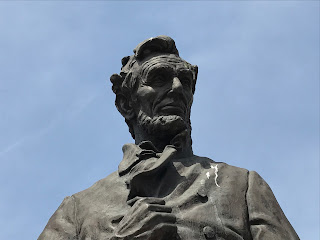 A jury of peers interrogated Captain Sully after he saved the lives of an entire plane. Save five weeks in 1959, God left Mother Teresa for the duration of her fifty-year ministry. ... the silence and the emptiness is so great, that I look and do not see,--Listen and do not hear--the tongue moves [in prayer] but does not speak ... Trump became president.  Prince is gone. Abraham Lincoln was shot, Martin Luther King, Jr, was shot, the BBC's Mary Watson, a skilled former agent, was taken down by a bitter old hag. The pattern is there since the start of time and yet it is only now, in my 47th year, I have seen and understood that things that shouldn't happen do. I had spent much energy fighting this reality, which is curious because I have a Guest House approach to most of life: allow things to happen, let visitors and new experiences penetrate and meld you, don't think you have more control than you do. Yes, I work in the fitness field and make sure my clients know
Post a Comment
Read more
More posts