Showing posts from July, 2012
Show all

For Everything There Is A Season, or a day

- July 27, 2012
There was a time when Theo joined a church camp class, I gave the diabetes talk to the teacher, and she made a joke. I had wanted sympathy; she needed to make light of it. There was another time when we were passing through an exhibit hall near the Liberty Bell and saw that the American Diabetes Association was holding a conference there. I had been wanting to learn more about the organization, so Theo and I stopped by the welcome desk. I explained our interest to the woman, and immediately she looked down at Theo, her eyes welled up with tears, and she said how sorry she was that such a young, beautiful boy had to deal with such a difficult disease. Her sympathy was too much, and I pulled Theo away before she could say what would surely come next, that her grandma/aunt/sister had lost a leg or gone blind from diabetes. What we need can change. It doesn't mean we don't need one or the other, just maybe not now, or today. This week and next, we're taking care of the 11
Post a Comment
Read more

- July 25, 2012
I just stumbled onto this video featuring Christa, one of the women I've written about here often (under different names). She was always one of my favorite women at the homeless shelter, a perfect example of a person struggling to do what's right, tripping up often, righting herself again. It's hard for her as an alcoholic. It's important to hear her story and see that not all homeless people are squeezing the system dry; some need help so desperately, though they may just fall away again. Like the rest of us. Christa's the one I told you about--Degage bought her a massage table so she could resume her vocation. Degage is awesome. Christa is pretty amazing, too. Degage 2011 from Chuck Peterson on Vimeo .
1 comment
Read more

Theatre of the Oppressed: It Works

- July 23, 2012
I learned Theatre of the Oppressed from the socialists. Hippie commies, with shared bathroom duties and mate mugs, in the West Village overlooking the Hudson. We were earnest, we fully dove into each theatre game, and we sat at the feet at Augusto Boal, beloved founder of TO. We cried together. Some even bled; whole dissertations, books even, could be written on the game called "Fainting at Frejus." The consensus building, some years, would become too much; when you've paid for a three-day clinic with a man who was nominated for the Nobel Peace Prize, you want time to learn from him, and I recall one year pleading, on the afternoon of the last day, that we stop debating and voting twice per person and actually let the man who invented the technique we paid to learn teach it to us.  I recall lying down onto the floor and maybe even writhing a bit while saying this. We would go home to use TO with varying populations. Those times were learning for the sake of learning,
Post a Comment
Read more

Not Sure What To Make Of This: Summer Edition

- July 18, 2012
My husband and his friend went for a run. During said run, the two men discussed many topics, among which was the question of whose biceps were bigger. The kind of thing men talk about when they get together, you're thinking, partly in jest but maybe with a hint of envy, or of pride. Except in this case they were not discussing their arms, but  mine . A contest between the biceps of the friend, who is well over six feet, and mine .* **************** A discussion of salaries, what people make doing which jobs. Simon, age 11, chimes in with the information that in a classroom project, he had chosen the career of movie director, which would earn him $4000 per year, according to someone's disgruntled calculations. I explained that 4K would not be enough to live on. Simon says, "That's okay--I chose a wife who works full time."
1 comment
Read more

Night At The Homeless Shelter

- July 11, 2012
The script had been written. Scheer family enters shelter. They host a bingo night, making connections with various individuals--some dirty, some struggling to stand straight, but all friendly and with twinkles in their eyes. Amy and Greg choke back tears as their children meet the homeless people, who speak profound words of wisdom. Cut to boys grown up, serving in nonprofits, making a difference in their communities. And yet last night was a little less than inspiring. The boys and I had shopped Wal-Mart for the best deals on toiletries, and we took these to the shelter to use as bingo prizes. The supervisor gave us the bingo supplies, handed us the microphone and said, "Just don't set this down, or we'll never see it again." We ran bingo. A man in the corner hugged his knees and cried. Another man yelled at us to slow down. A woman tried to start a fight. In the end, 27 people were given toothpaste, soap, lotions. Not much more to it than that. The occa
1 comment
Read more 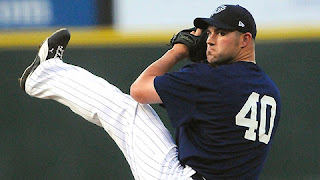