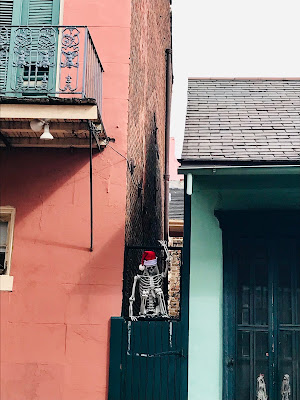 I did not read for pleasure this year until May. The previous November, on my fiftieth birthday, I applied to graduate school having scrolled through subject areas for one that sparked more than a basic interest, as I enjoy many different fields. Most of early 2021 was spent climbing the peaks of academic texts, each chapter another foot safely planted, or an effort to find better footing. In this endeavor my synapses traced an old muscularity, underdeveloped but there--ropey, always reaching, sideways and upward and sometimes back down in order to ultimately ascend.

Recollections of my Nonexistence, Rebecca Solnit, read in May

Near the end of my first semester I sensed that my son needed me more, or that I should be home more often during his long days of remote learning. His father had stopped allowing him to see me on weekends, relying, suddenly, on the original text of the divorce decree written six years prior, when our son was 12. Now he was four months from turning 18, and I was paying court fees to secure a commonsense schedule. By now I was conditioned, through experience, to believe that the courts would never uphold reason or the more logical parent, and I expected nothing. Instead, a mediator, when told our son was on the precipice of 18, asked, "What are we doing here, Greg?" And Greg proceeded without a clue that we had passed him in our ascent long before.

What the Constitution Means To Me, Heidi Schreck, read in July

My Wife Said You May Want to Marry Me, by Jason Rosenthal, read in July

But I had already applied for a former job in order to work twelve-hour days and be home more often during the week, just in case. I fell back in step with the rhythms of the heart, naming them and measuring their undulations. I remembered one of my first classes in electrocardiography. I couldn't catch on, I couldn't detect the waves the teacher talked about, and I was lost--but in an instant, I could see the blood flowing through my veins, like branches of a tree, sprawling outward, filling. Though I would not stay in this position, I never forgot the feeling of oneness with the intricate workings of this organ. We would name and categorize its songs and dissect them for nurses, but the heart mixed its own tape, sampled like a master DJ, and sometimes we'd call over to others to say watch this, it's sad and amazing both, he's transitioning into Asystole, the patient is dying.

Should We Stay or Should We Go, Lionel Shriver, read in August

I stared at heart rhythms until my eyes began to burn. Old symptoms visited--tingling down my arms, the feeling of nails on a chalkboard, nausea--and I googled every angle before landing on "hyperventilation eyeglasses," which won me the prize. I found a specialist two hours away whose patients come from every country. Some people don't know that these symptoms come from eyes and glasses; I had a head start because I've had versions of this for as long as I can remember. But everything was getting worse.

I took a medical leave from the heart. My first pair of glasses from the specialist didn't work. I was weeks still from relief. Even so, I could not picture facing screens again and continuing to worsen. I left the heart job and retuned to another former role, as personal trainer at a gym.

The Motion of the Body Through Space, by Lionel Shriver, read in August

The physicality of the work, away from screens, was freeing. I was so happy to be in this setting again: even bending down to clean a treadmill was an old thrill. My first client dreamed about me before she knew my name or gender, and was not surprised at all by the confirmation while awake. She was kind but a tough physiological case, and awakened my intuition from a deep slumber. I threw out the textbook answers and found a way. I was the same trainer, but I had a lot more life behind me now and made different decisions. Everything hurt or hurt her, so we danced.

I started lifting again, even though it didn't always feel right. I figured my mind wasn't fully in the game; I was preparing to present a paper at my first academic conference.

And then I stopped being able to hear.

Everything I Have Is Yours, Eleanor Henderson, read in November

Members would approach the fitness desk with a usual request, and I'd ask them to repeat themselves two, maybe three times. Sometimes I still couldn't understand but I'd fake it or laugh it off. The room wasn't terribly loud but all of the sounds were very present in my ears. When a group of guys would do their weekly heavy deadlifts, I'd have to time my walk to the other side of the building; my ear pain with each rep was excruciating and would trigger a sick feeling. Also, when I'd talk with someone at length, I'd grip the counter with one hand to keep from falling over. And I couldn't see faces at a distance that shouldn't have been a problem.

On what would turn out to be my last day, I ran into a door and couldn't figure out how to adjust a machine I knew well, but that wasn't what made me finally leave my lost love of gym work. An autistic boy, prodded by his grandmother, came over to thank me for setting up the XBOX for him. I could only hear xbox and see him pointing to the game, and didn't understand why he needed my help again well after he had finished playing. I put forth a mild argument, saying I thought he was done, emphasized my confusion. After his third effort to talk to me, his grandmother intervened. "He wanted to say thank you."

The eye doctor found that I needed a new prescription. But then she put on the noise-cancelling headphones, I cried at the relief, and she said, no new glasses just yet, you're going to Louisiana.

The ear specialist shook me and spun me and poured water and loud noises into my ears. I wasn't dizzy when I should have been, and my eyes kept spinning when they should have stopped. My hearing dropped out at odd intervals. The tech drawled out a long wow and said that most people who test like me can't handle it, they're suicidal.

I'm missing certain bones in both ears, probably from birth. Just 1% of the population has this, and it's a newly discovered condition, probably because no one recognizes symptoms such as nausea and even vision disturbances as being related. The specialist in Louisiana said that it's the weightlifters who complain and are revealed to have this; the intense cranial pressure eventually catches up with those of us who lift, and to varying degrees, we lose our balance and sense of where we are in space. Few find answers. The symptoms are both confounding and debilitating; maybe some of the others are dead. One woman I messaged isn't sure which of her symptoms come from the missing bones and which are an expected part of a brain injury; a brain injury explained my double vision, I learned this year, so I might have an overlap of symptoms, too. Now I'm under a strict protocol and can't work or drive.

These hands have carried heavy loads, this head has ricocheted from an overhand right, these fingers danced on the keys of a flute, this mind reads books. So many losses. I have seen and heard what is beautiful and hard and will keep my grip and continue to stand.

- July 21, 2010
If, if I do this next bench press competition, on a beach in a singlet, I will go about it all wrong. Last time: hit chest, tris hard. Kept other muscles just above maintenance. Hit the protein. Rarely did cardio. Outcome? Was bored and stressed. Announced retirement . This time: Working everything hard. Joining a "Boot Camp" plyometric/calisthenic class to keep up the conditioning. Am eating a mostly raw foods diet, aided by my ten-dollar juicer/major garage sale find. Why be contradictory? I don't want to be bored and stressed. I want to stay conditioned. I want to eat a healthier diet because it makes me feel better. I'll work at the bench all the while, and what will be will be. Not as much invested this time, which is ironic, because this competition is more formal and official--the pause at the chest kind, wear a singlet , qualify for state record competitions if you do well competition. If, if I do this, I'm doing it for fun. I'm doing it to comp
Read more