Everything I Needed To Know I Learned In My 40th Year

- December 06, 2011
I'm 41 now, and this past year, I learned a lot. Mostly in the last few months. Call me slow; it took four decades to figure out some stuff most of you probably already know (about yourselves, or about me).

But some of the lessons are quite paradoxical, as I saw once I began scribbling them down. Two sides of the same coin. I had hoped to list out my lessons in a post on December 31 and call it good, but now we're looking at a series, in order to get at all angles.

A word on self-awareness: I'm not a fan. At least of the public kind--a part of me is convinced that in the same way that no cashier cards me anymore, and no one is a bit surprised when I tell them my age, you do not care what I learned this year. But another part of me knows that some of what I've finally put together mentally is universal. So that's my only goal here--in this wrap-up and in this blog: relating to you. Hoping to trigger some of these same revelations in you.

And a word on Dece 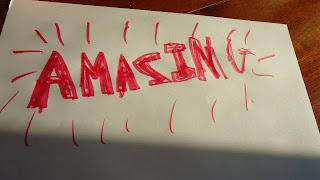 mber: Busy. Man, it's busy. But I blog best when life is moving right along, and it's a good excuse to say goodbye to this year by writing about it. You're busy, too, which is why I appreciate you waving alongside me, as well. Bye bye, 2011; thanks for the good time.

everything I needed to know personal